There was never any point this semester where I dreaded going to class. Maybe because of menstrual cycles, because of the dreary weather, because I only snagged three hours of sleep the night before. But never because the material or the professor were boring.

The way the class was set up brought history and social theories first, music second. That way, we had the cultural context to understand the music. And all of it was so valuable and warranted.

You can’t really understand music if you don’t know what was happening at the time. This could be socially, politically, geographically or personally in the artist’s life. Although I’d reckon to guess all four would be intertwined.

As an African-American studying Black British music, I found that there were similarities and differences.

For example, even though British grime and American rap scenes are converging  these days, their origins are wildly different.

Something that is shared between the two are the service they provide to working class communities and communities of colour. They give the voiceless a voice. They give the disenfranchised an outlet. And for that, these genres are punished and pushed to the side when it comes to awards shows and mainstream programming.

I am unabashedly a ’90s-to-now kind of gal. I know my 90s rock, early 2000s metal, late 2000s pop and hip-hop-alt-rock-pop of today like the skin across the back of my hand. To my surprise, this class helped expand my musical taste. I say surprise because I didn’t expect to become so taken with the music we discussed in class.

There were definitely some bops that I’m going to take with me back to the states.

Old U.K. bops
Steel Pulse’s “Ku Klux Klan,” for one, is so intriguing to me. Here this Brummie Afro-Carribbean band is, in the 1970s, picking up on similarities between the driving factors behind and terrorist operations of the KKK and Britain’s National Front.

In a similar vein, Junior Murvin asks for clarity in “Police + Thieves.” Just what makes the damage done by your average English police officer in a black neighborhood so much better than that of a criminal in the hood? Of course, in case you were confused, the record’s excellent cover says it all. 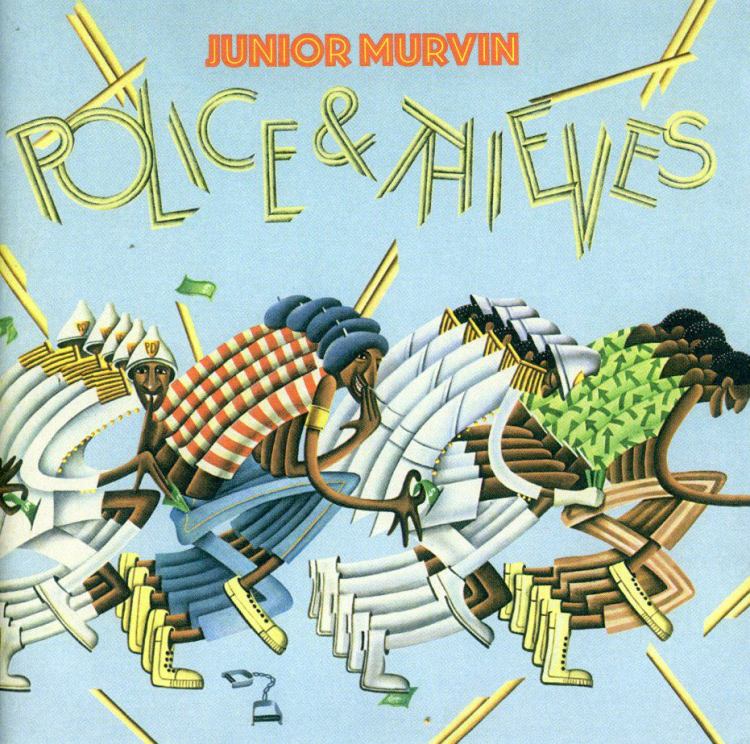 Lastly, I was absolutely tickled by Shirley Bassey. This black Welsh queen is best known for her eponymous contribution to the James Bond film “Goldfinger.” She laid the groundwork for “Skyfall” and “Writing’s on the Wall.” However, the song that did it for me was “Big Spender.”

Whether Bassey simply exemplifies the best of her era or it was a conscious decision, it seems Lana del Rey carries Bassey’s mantle (at least with “Born to Die,” anyway). Beautiful, fearless, sexually empowered and a curiosity-sparking storyteller: like del Rey, Bassey drew admiration and controversy.

New U.K. bops
Most of the new black British music I’ve enjoyed has been rap and grime. There were definitely some fabulous garage songs (garage as in UKG, not garage rock like Arctic Monkeys and the Strokes and the Hives and the Black Keys and Franz Ferdinand) that stuck out to me. The iconic “21 Seconds” by So Solid Crew is a hoot.

The name of the song is quite literal: there are so many people in the crew that individuals are only allotted 21 seconds to rap.

Jumping forward about a decade and a half, we have the incomparable Lady Leshurr. While she’s come a long way with seven freestyles and a few glossy studio singles, the original “Queen’s Speech” still slaps to this day.

Forget cheeky one-liners and puns that make you chuckle: I can’t think of any song in hip-hop that is this savage (and yet still playful!) all the way through. She’s fierce and aggressive, but never mean-spirited. What MC do you know who can calmly poke fun at a someone for their horrid lace-front, but get on comfortably and cleanly with a bunch of hip-hop loving kids?

I had watched “Queen’s Speech Ep. 4” before coming to England and forgotten about it. Lady Leshurr came onto my radar in Iggy Azalea’s hey day, when I was on the hunt for more female rappers than who was being handed to me.

And of course, where would we be without the Godfather of Grime™, Wiley? I am coming clean: I’ve had Wiley’s “6 in the Bloodcart Morning” on repeat. It has that classic Grime dub bass and that sort of mile-a-minute, stream-of-consciousness sound to the lyrics.

More often than not, I find performance videos dull. But ever since we watched this, I have been impressed with Wiley’s energy and passion. The clean, Tumblr-esque fonts and the glitchy pop art action don’t hurt one bit when it comes to engaging visuals.

And lastly, we have the song that I believe (speaking as an outsider) captures the mix of cultures that is black British identity in such an astute way. My favourite aspect of “This Is England” by Kano are all the little references.

It’s an amalgamation of old school and new school British and American pop culture. From the start, Kano is mentioning English gangsters like Reggie Kray, English beers like London Pride, English foods like bangers + mash and English brands like Burberry. In the video we see the English flag, a typical English breakfast, pub life, and English bulldogs.

We see Kano in his groutfit at afternoon tea. We see castles, mist, urban residential areas and what looks like Brighton’s sea side.

We also get a bit of an American flavour: references to Tupac and Suge Knight, Sam Cooke and Jack Johnson. Speaking of Johnson, we even see Basquiat-style crown graffiti behind Kano in the video.

As a whole, “This is England” is unapologetically black. By nodding to African-American historical figures, Kano reaches across the pond to the U.S.’s black diaspora and hip-hop lovers everywhere.

But still, as the title suggests, the vibe is unapologetically English. As Kano points out (and as I’ve learned this semester in class), “English” doesn’t have to mean white. Or clean, or posh. Or imperial, or colonial, or any of these hegemonic ideas of British identity. And its still perfectly valid.