Our last day in Scotland was everything you’d expect from a rag-tag crew of #ArtHoe millennials: eating at a famed author’s favourite café, sifting through tomes at a locally-recommended bookstore, debating the ethics of curation and conservation at the museum.

But beyond that, the day left us feeling wistful. We traded thoughts about whether we could see ourselves living in Edinburgh. We weighed the pros + cons of the city’s old-timeyness.

Confronting the elephants in the room
One of J.K. Rowling’s writing spots back in the day was The Elephant House in Edinburgh. There’s a sign in the window (and a basketful of pins) that boast it as “The Birthplace of Harry Potter.” That being said, the sign and the merch and a handful of cute kids’ drawings on the wall are the only traces of Harry Potter. 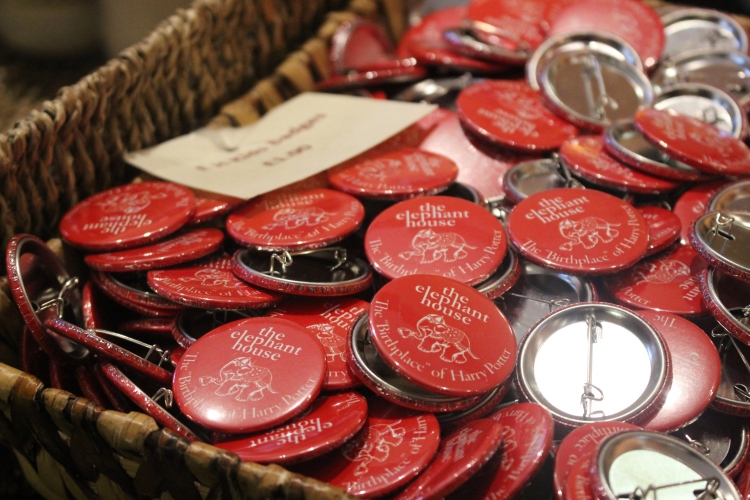 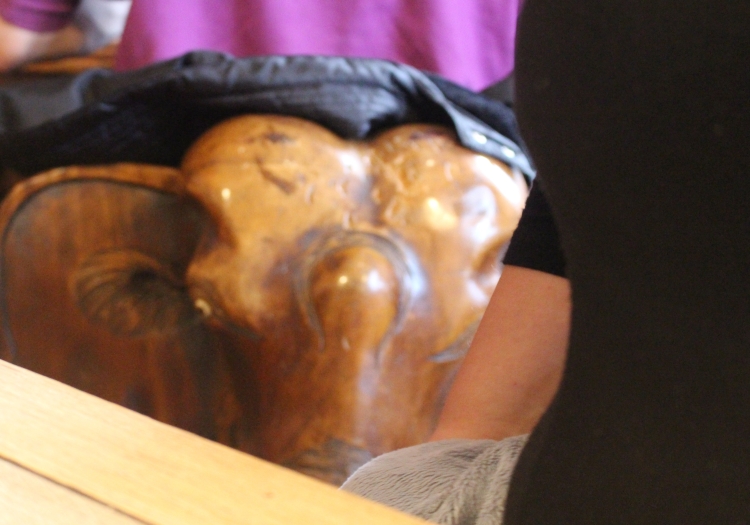 Our Sunday brunch consisted of pancakes and tea, for the most part. Even in this godless, anti-iced-drinks wasteland, Yvonne was able to scoop up an iced tea. 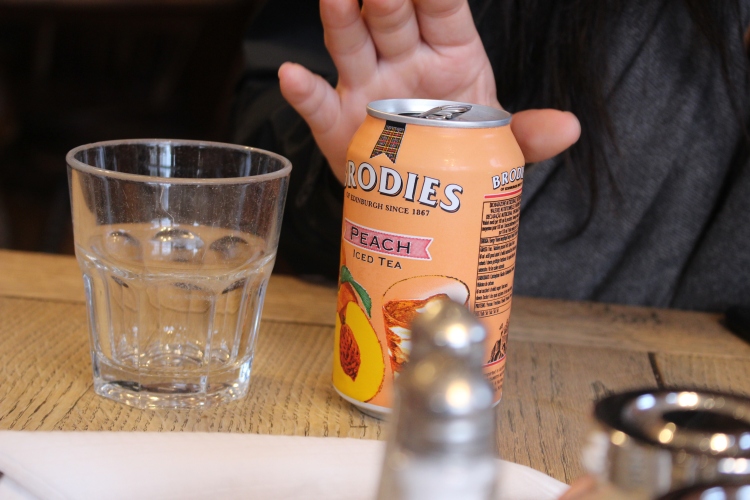 While “Brodie” simply seems to be a popular surname, I couldn’t help but think about the Deacon William Brodie we learned about on the ghost tour.

Deacon Brodie is the original master scammer. The respected cabinetmaker-slash-locksmith of the daytime turned into a slick thief of the elite by night. As if he wasn’t making enough bank as a craftsman, Brodie used his connections and key-copying tools to carry out hits.

Breaking hearts
For what seemed like the umpteenth time, we also passed the Heart of Midlothian. While the mosaic may seem really romantic, this heart actually symbolizes a lot of anguish and disgust. 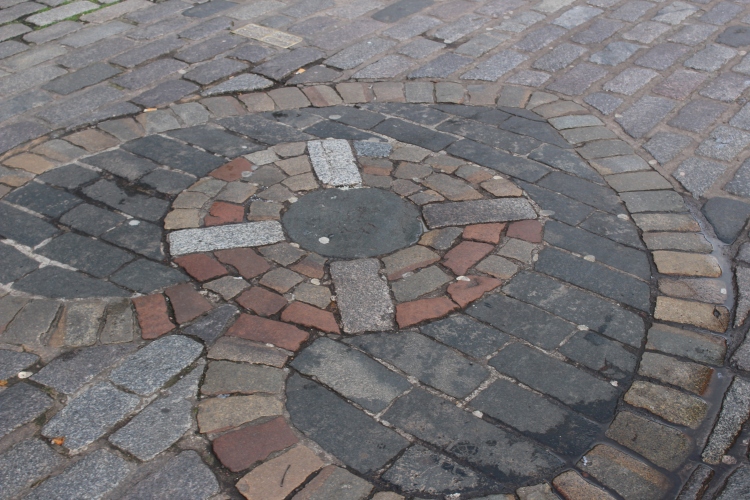 It’s on the site of the Old Tollbooth, where prisoners and criminals sentenced to executions were held. It is common practice to spit on the heart when you pass by: once in solidarity with the prisoners, now to sway football brackets in your favor and to ease political strife (according to our tour guide).

The night before, when I heard him say that, I had mulled the superstition over too long. I had missed my chance to spit due to my knack for overanalyzing. By the time I approached the heart on Sunday, I had made my mind up. I didn’t really care about football. The American political system just needs all the help it can get.

Hitting a stall
Did you even really visit a city in the U.K. if you didn’t go to a market? The market fever my peers caught in London flared up in Edinburgh. So, we decided to check out the Royal Mile Market.

If you’re looking for an unconventional souvenir from Edinburgh, here is the place to get it. The market was filled with locally made and inspired soaps, shirts, scarves, ties, jewelry, prints and any kind of crafty knick-knack you can think of.

Dripping like a saturated sunrise
Our biggest sightseeing endeavor on Sunday was the Scottish National Gallery.

The trek over was lovely, because even the park near the museum, for example, looked like something out of a Romantic era painting. 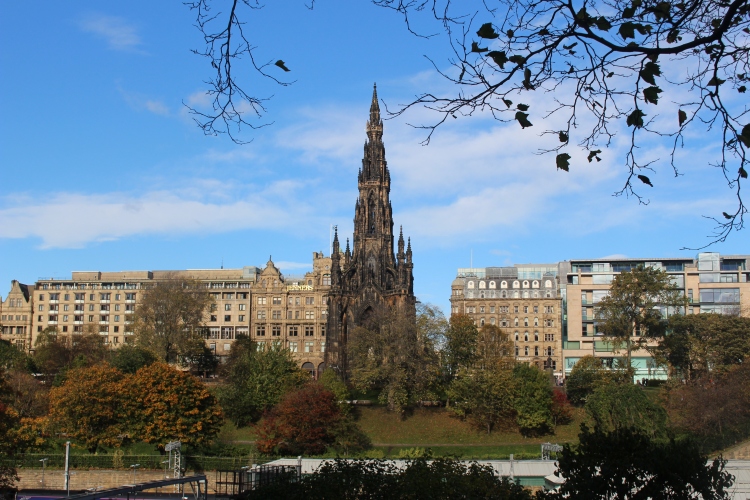 We only stuck to the first floor, but there was plenty to absorb. Throughout the floor, we saw pieces from the Italian Renaissance, the “Golden Age of Dutch Art,” and the Rococo period. 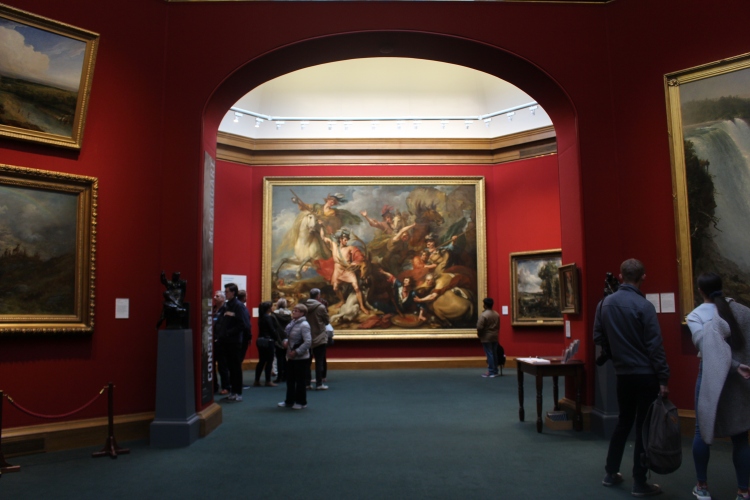 I was really digging the red walls. It made the exhibitions feel more sumptuous. Not in a sexual sense, but in that the gallery now had an air of lavishness and decadence. The red signaled passion, of all kinds. The gold-gilded but none-too-gaudy glamour of the frames pulled the look together.

My favourite pieces included “Bust of a Grotesque Old Woman.” That title also refers to a famous sketch from the early 16th century. Here, it was used to describe this sculpture of a Fate. 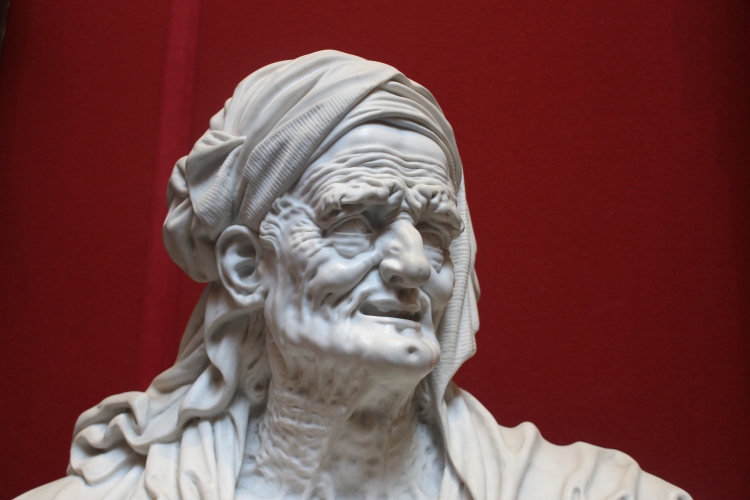 The Venus de Medici statue was also among my faves. I was just so interested in her “consciousness” of her nudity. Often, Greek and Roman figures are carved in a carefree manner. Clothes are optional. But here, Venus, the goddess of love and sex, of all people, is censoring herself. 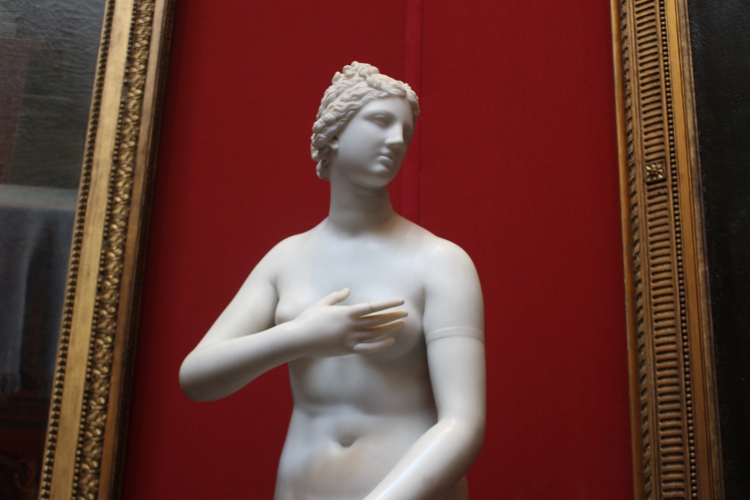 Wrapping it all up
We drew our free day in Edinburgh to a close by hitting up The Tron, a pub-meets-club establishment.

Since we went in the day, the atmosphere was pretty relaxed. There was a bit of tension toward the big screen showing the football game, but other than that, it was pretty chill.

As for food, well, old habits die hard. You ever go to a restaurant, new or familiar, and play coy scanning the menu, knowing you’ll order what you always order anyway? That is me with fish + chips. Only, this time I switched it up a bit and ordered scampi + chips (the shrimp equivalent). 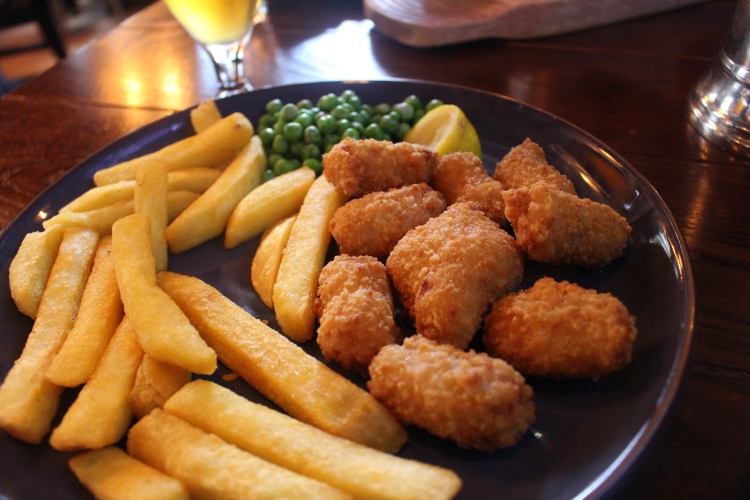 Eating at The Tron ensured we left Edinburgh well-fed and content.

Skedaddling out of Scotland
While we did cover a lot of ground, there were a few sights we didn’t get to see. We didn’t have enough time to squeeze in the Royal Botanic Garden Edinburgh. That, along with the Fringe Festival, is still on my list of things to do in Edinburgh.

I would also like to visit other cities in Scotland. My friends who visited Glasgow said it was hip, modern and lovely. Scotland has some gorgeous castles to play Medieval Times in, as well.

As a whole, the Edinburgh trip was a success. I am glad I got to see the U.K. outside of an English context in the same way I was keen to see England outside of London. And for the same reasons I fell in love with Berlin, I have come to adore Edinburgh: the relaxed vibe is everything.

There are pockets of tranquility in London, but it is undeniably a go! go! go! sort of place. That is what I wanted when I chose London as my stufy abroad location, and that’s the sort of space I want to live and work and love in. But it is definitely nice to retreat from city life every now and then. Edinburgh is the perfect place to do just that, in a not-so-small-town setting.