Once upon a time, I was a tennis team captain.

Hair tied tight and close to my head, I ruled those middle school courts with an iron fist. Or something like that. Considering my Libraic tendencies, you shouldn’t be surprised to know I was more concerned with scoring the most chic tennis skirts, whittling the sharpest calves and mooning over the most sun-kissed tennis boys than becoming a picture of fitness.

After middle school, on-again off-again tennis lessons fizzled into the occasional workout session with a local high school football trainer. Now, I get my fitness fix walking all over the patch of God’s grey Earth known as London.

So, when I saw a hike on the Edinburgh itinerary, I didn’t quite freak out. It was doable. I was committed. I made the effort to switch out fashion-focused Pumas for some shoes with grip. I had been about the athletic life before. But part of me still wondered how strenuous hiking Arthur’s Seat would be. 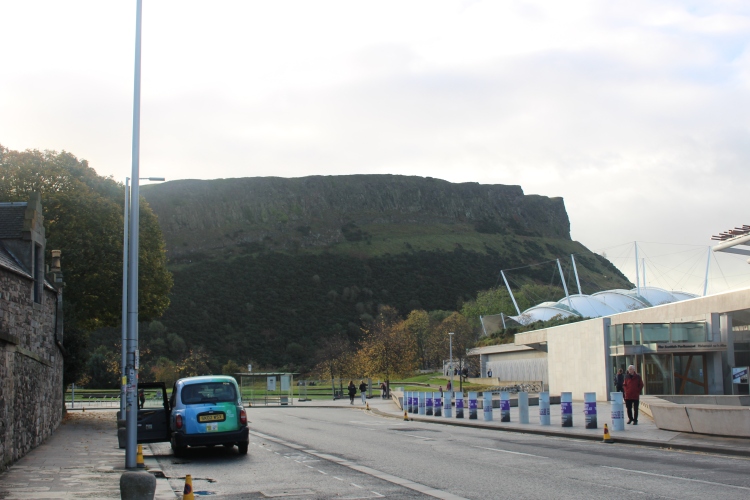 Moving on up
At first, the worst part of the hike was the incline. The path itself was fine, albeit a bit wet. But the incline was the sort that burned the back of your thighs and ensured every muscle was felt. 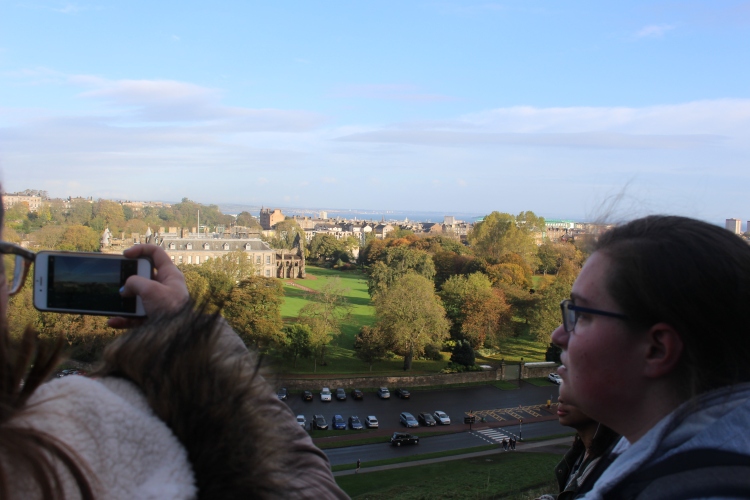 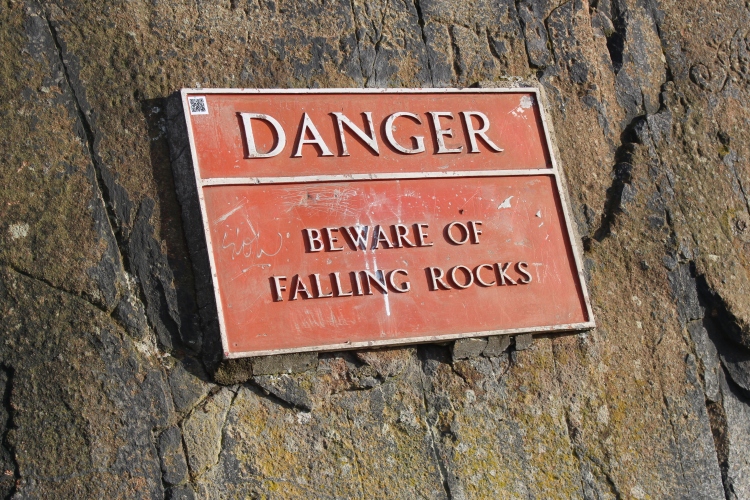 As we got about halfway up the hill, the path’s terrain became a challenge. It was less paved by foot traffic. Every rock seemed to stand out. Straightforward inclines turned into makeshift stairs of stone, so steep it demanded my entire leg be stretched to pull myself up. 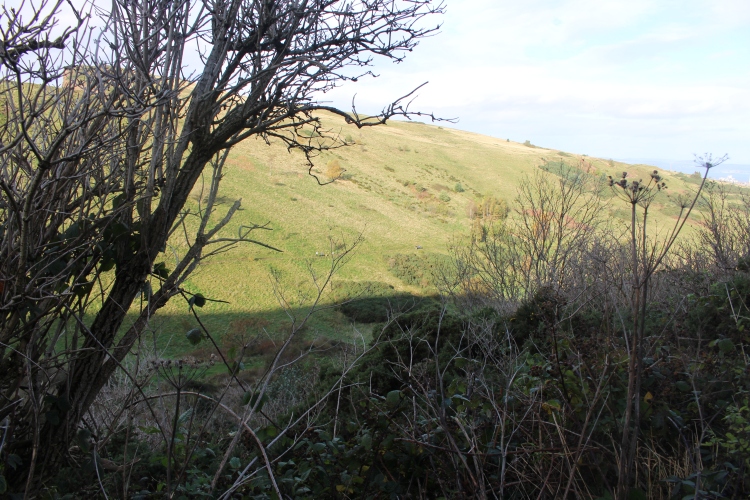 Of course, for all the panting brought about by the hike, the views took my breath away even more. Any concern or grumpiness I felt about the tough path melted away when I realized my surroundings looked like something out of “Lord of the Rings.” Alongside my peers, the hike had a real Fellowship vibe. 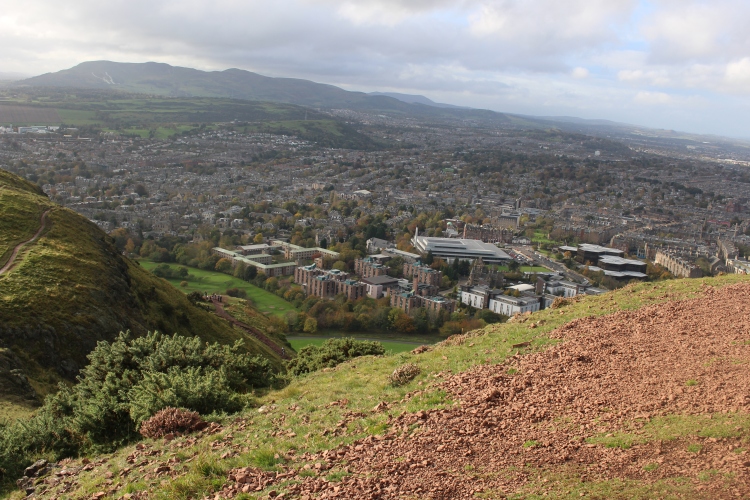 I was also grateful the weather held up, contrary to what I had anticipated.

Strolling around Holyrood Palace + Abbey
After Arthur’s Seat, we were all pretty beat. So we split ways to go grab lunch. Right down the street from the base of the hill and a bit past the Scottish parliament building, we chanced upon Kilderkin pub. 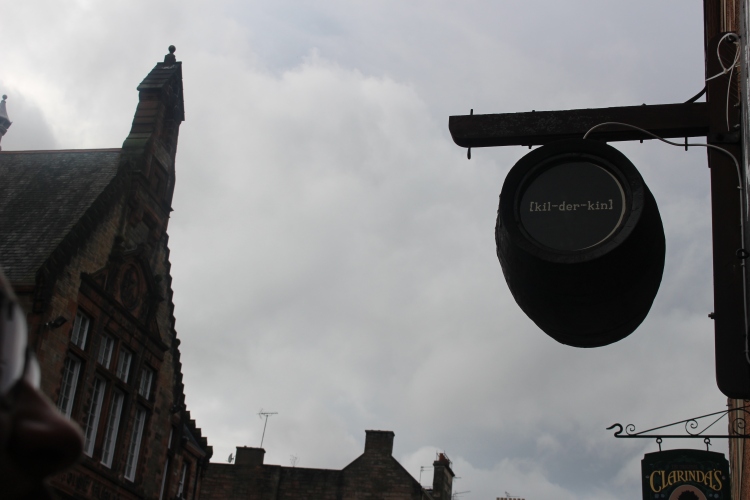 The denotative meaning of “kilderkin” is a cask that can hold around 17 gallons or any equivalent measurement. The connotative meaning, as a sign at the pub explained, is a gathering place to enjoy good food, good drinks and good company.

We then headed over to Holyrood Palace, formally known as the Palace of Holyroodhouse. These days, it’s the ceremonial royal center of Scotland. Holyrood hosts luncheons for knights and ladies in the Order of the Thistle. It also hosts the Queen when she comes to visit. 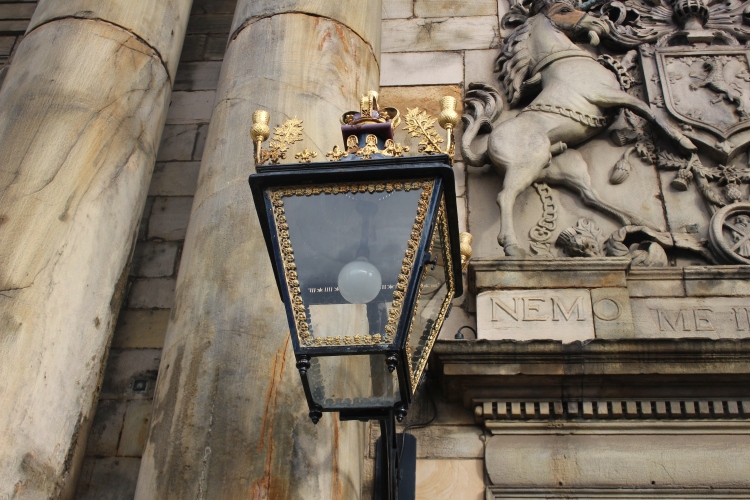 Holyrood is also where 16th-century trailblazer Mary, Queen of Scots called home. I have spent a fair amount of time adoring the campy, pseudo-historical mess that is the CW’s “Reign.”

While critics cringe at the embellishment, I appreciate “Reign” for what it is. And in the same breath, I can say I was quite pleased to visit Mary Stuart’s bedchambers and see the real thing. 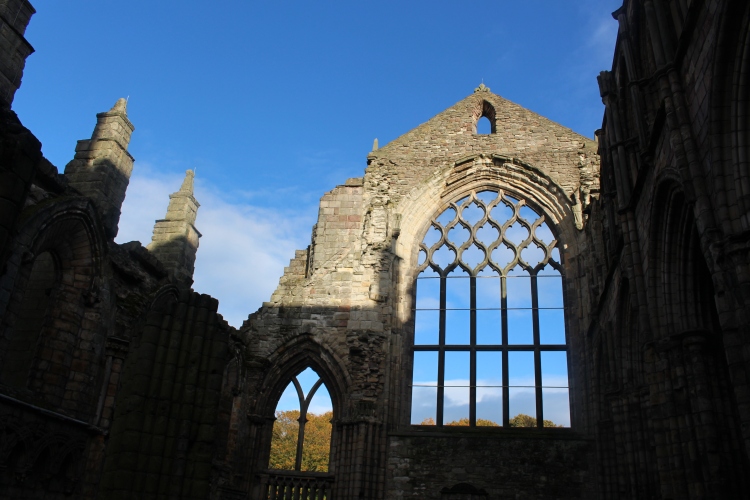 Wandering the ruins of Holyrood Abbey was also satisfying. There is something authentic about experiencing the abbey in this unpolished, untouched, un-glossy state. Having been to a heavily reconstructed city like Berlin, the rawness was refreshing.

Walking with a ghost
After ironing out a few details in the “Spooky Scary Scotland” group chat, the mission was a-go. We were all in for a (free!) ghost tour at 7pm.

Carrying that knowledge alone lent a special thrill to the mundane. Even slipping on my shoes and scarfing down some focaccia from Procaffeination felt touched by gothic drama.

The tour ended up being more History Channel than fright night. We learned about:

But listening to our tour guide talk about the criminal procedure of naming a witch, gaining a confession and pushing the limits of her mortality really put that era in perspective for me.

It hit me: They may have a different face, a different feel, a different accent and postal code. But systemic misogyny and police brutality are issues that have undoubtedly existed for centuries.

As a whole, Saturday was quite the eventful day. After all the meters I had racked up, I was eager to kick off my trainers and snuggle in once we made it back to the hotel. My body wouldn’t stop hurting until two days afterward.

But, be that as it may, I was grateful to have seen and tasted and touched and heard so many sparkling, stimulating things. I really felt like I had lived study abroad to its fullest in Scotland.