I woke up today with a one-track mind. My mission, should I have chosen to pursue it, was to buy school supplies.

Since I’ve arrived, I’ve been making all my mandatory and leisurely excursions with a squad or a buddy.

(As you do in a big, unfamiliar cities.)

But everyone I reached out to for school supply shopping was gone or booked. So, I decided to venture out on my own.

Admittedly, I did take a few wrong turns on my way to Ryman Stationery. But! I was in no rush. My map was working just fine. I quietly wandered around, noting little landmarks and little life stories. I got a chance to feel the fabric of the city, uninterrupted.

Finally, amidst the late lunch and early pub crowd, brow dewed with sweat from “sautumn,” I made it.

Sure, it was smaller than Office Depot or OfficeMax or Staples (maybe as big as one of their print centers, but that’s generous). Labels for some of the goods were unabashedly and plainly in other languages. That wouldn’t fly in the states. And of course, folders were called “wallets” or “pockets” and I’m glad I didn’t open my mouth to ask where they were before.

But a few of the sights and sounds that greeted me at Ryman Stationery weren’t too different than what I would have seen at a school supply spot back in the states.

Kids ran around, clicking every pen and picking the most expensive erasers (rubbers). They begged for knick-knacks that their moms (mums?) briskly declared were already resting unused at home. Ask your dad to buy that for you, because I am absolutely not going to. And you think I’m going to let you have Sharpies? You’ve got to be dreaming.

In the back, kids tried to scam their parents for extra folders. At the counter, kids tried to reason on behalf of a mini-fan. You don’t need that. You are going to disrupt the class.

I ended up grabbing a notebook and folder for every class, a pen and some highlighters. The cashier kindly informed me to put them back in favor of a four-pack on sale. I wished her good luck with the back-to-school crowd and she gave me a tight smile.

Some things, it seems, are just universal. 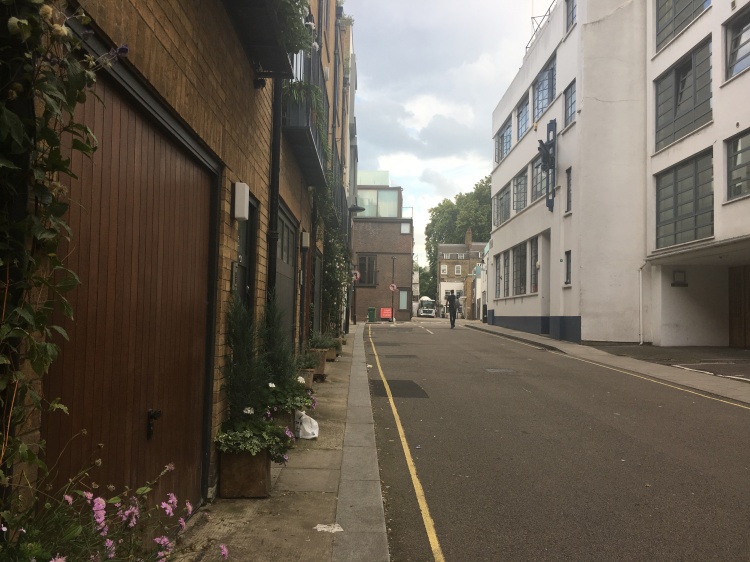