When I arrived at school to find flaky, warm chocolate and almond croissants from Prêt-à-Manger, I should have known it was going to be a successful day (albeit a long one).

Today was a day of errand-running: tying up loose ends for ID cards, offering moral support at the Apple Store and picking up some personal care items at Boots (it’s like CVS, but with strictly cosmetics, health products and snacks for purchase).

Famished from all that hard work, we went to The Punch + Judy pub in Apple Market for some fish + chips. I’m not quite sick of the English staple yet. In fact, I am rather smitten with curry sauce, among other things.

After ducking into Zara for a bit, we realized a meeting we had to attend was imminent. Combined with a steady drizzle out, being short on time called for a means of transportation other than walking.

Birthed by circumstance, I ended up taking my first Tube ride today. I bought a pay-as-you-go Oyster card.

The Tube is a mixed bag.

That being said, there are only a handful of structural or cultural differences. For example, seats run parallel to the walls instead of perpendicular. There isn’t much room. Just enough so that your knees aren’t touching the strangers’ across from you. Some compartments run fluidly into another. Other cars are separate.

No food or drink allowed. There was, in fact, talking, but not too loud. I feel like there’s a higher quantity of people chit-chatting on the Tube than there would be on the Metro at a given time. And stand on the right, walk on the left seems to be a universal creed.

Upon making it home, I checked my messages and saw that my good friend Hope had invited me out to a Ladies, Wine + Design night.

Originating in New York City, LWD was the result of designer Jessica Walsh’s frustration with the lack of women leading in design fields. Walsh started LWD up in order to create safe spaces for women in the industry and encourage networking among women designer circles. First in New York City, but now across the globe.

First, being a magazine journalism student, my interest was piqued. Second, as a champion of marginalized people in media and the arts, the chance to meet some creative women sounded fantastic. And finally, I came to England in order to really experience it. I am keen on connecting with Londoners and experiencing the culture in real-time.

Before we headed out, my flatmates and I had one last task to cross off our list. We were going to tackle grocery shopping. So, we hopped over to the nearest Waitrose to see what we could rustle up.

Conscious of overspending, I made a list. As I learned this summer, it is crucial to outline a shopping list based on meals, not just appetizing ingredients.

I bought instant coffee (a sin, I know, but listen, I’m a college student and coffee is my main expense in life), the fixings for avocado toast, the fixings for seafood pasta, vegetables, eggs and a carton of soy milk for less than £30. A good start for personal groceries, I’d like to think.

My flatmate and I then made our way to the East End of London for the LWD event.

Taking it at face value, we knew were getting off at Tower Hill station. But once we got there, we realized the station’s namesake. Unwittingly, we had gotten off right at Tower Bridge in all of its British glory. And right at the golden hour, as well.

We vowed to come back and hopefully, a nippy day like this one, experience the magic of carmelized peanuts sold on the side of the pavement.

The Doodle Bar was exactly what it says on the tin: the cute, airy hang-out is covered in chalk paint for patrons’ doodling pleasure.

A bit tentatively, we entered, glancing at the bar and looking over at the burger station. We pulled up the event on our phones, peering over at the congregation of ladies toward the back who were writing on the walls.

For all of our apprehension and hesitation, we ended up meeting the absolute friendliest bunch of women. 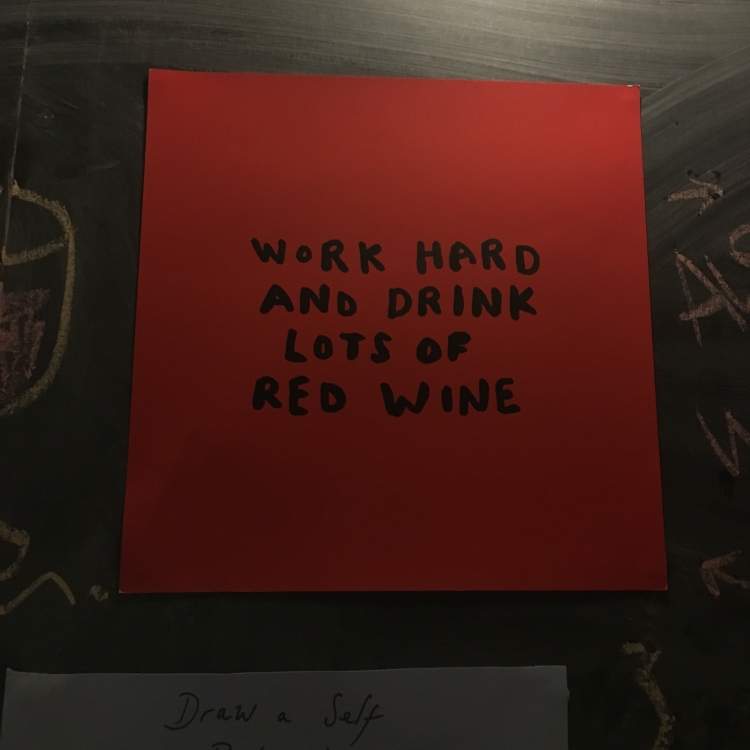 They were graphic designers: for print and for web and for gaming. They were illustrators and social media managers and creative directors. They were photographers and paper engineers. There were so many facets of design represented that no two perspectives in the room were alike.

They were also smart, funny and kind. They were welcoming. They so graciously imparted their hard-earned insight about preserving your creative vision and carving out your own career path and valuing self-image and creating avenues for women to succeed. Much like my friends who had come with me, I couldn’t help but leave with a soul glow after speaking with everyone.

All in all, I’m putting a lid on a day well-spent. 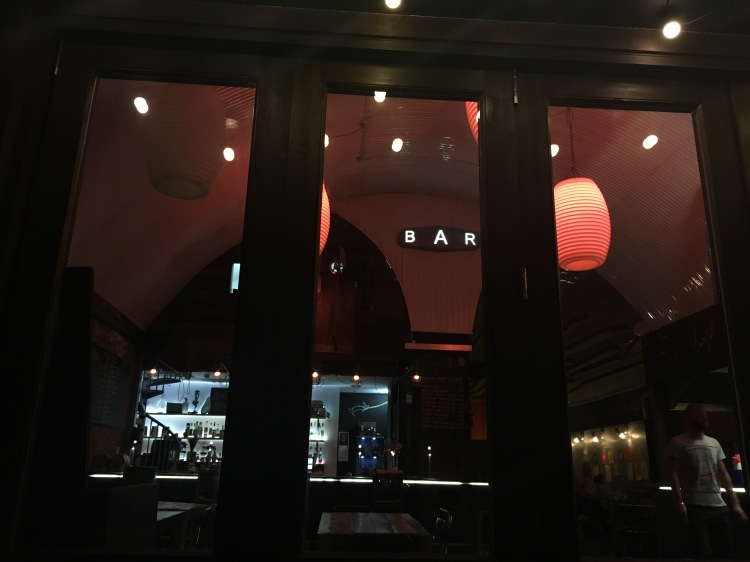 As for jet lag, I’m not sure if I feel it. We did sleep on the plane. But we have been going non-stop since the plane. I think that I’ve been running on pure adrenaline the whole time since we’ve gotten here. Or at least, I’ve just pushed through because I’m so invested in seizing the day. And the night!

In the next few days, I’ve got tours and a play lined up for the weekend. Then school starts on Monday. So I expect to be taking it easy until then. It’s been a jam-packed 48 hours, and catching my breath with some cider and some FaceTimes home sounds like a dream.